MBA IIT Kanpur was honored to have Mr. Amol Padhye, Head, Market risk, HDFC Bank, for a guest lecture on the topic - “Current market evolution and volatility” on 18th August 2019. Mr. Amol Padhye has more than 16 years of experience in capital market risks management domain which includes: Market and liquidity risk, Bank credit assessment and limit setup, Bank credit rating modeling, Treasury, ALM, Enterprise risk management. Currently he is the head of market risk at HDFC bank. In the past he was associated with EY and BNP Paribas, India in senior leadership roles in the risk domain. 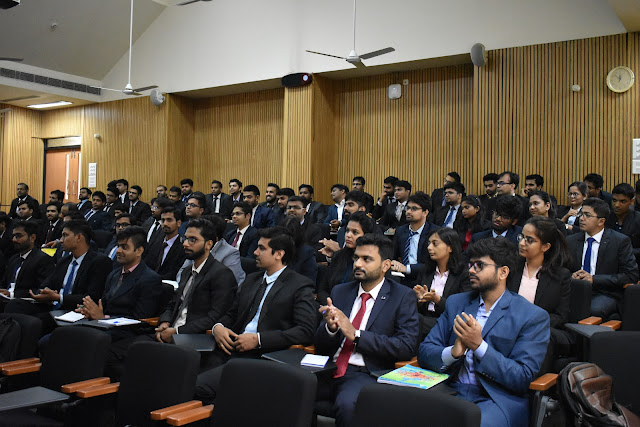 Mr.Padhye opened the lecture with a question: “What is Market?” He then placidly listened to our answers and elucidated his understanding of markets and the domain of market in which he deals. Discussion then moved on to understanding the past events that affected the economic growth of our country. It was very stimulating to see and justify the ups and downs in economy and its correlation with the macroeconomic events that happened in past with the help of graphs we saw in his presentation. It was clear then that macroeconomic events drive the market volatility, after we noticed the time series data of GDP growth, inflation vis-à-vis fiscal deficit and movement of Current Account Deficit vis-à-vis Foreign exchange reserves.

Later we saw the growth data of different economies across the world. We noticed that the growth rate of major countries like US, China was slowly going down; this was illustrated by comparing GDP of US, China, India etc. Then the discussion moved on to get an idea of the yield curves of the different category of government bonds. There were significant deductions made after going through the US Treasury Yield and German Treasury Yield. Mr Padhye, with his prowess in the area of finance indicated that the world is moving towards a recession situation while commenting on the US Treasury yield curve.

We were then briefed about the Indian market with the help of Indian Treasury Yield and we also saw the correlation between Indian Equity Market and Currency. It was noticeable that there exists an inverse relationship between equity and foreign exchange. This relationship has debilitated in the past few years due to growth of mutual funds and similar financial instruments. Mr Padhye, then discussed over the relationship between Trade war and change in currency. He then moved our attention to a question: “Is trade war moving towards a currency war?” We deduced that markets are extremely sensitive to changes due to macroeconomic events. Later a comparison was made between USD INR, USD YEN and their relationship with the gold prices. Thereafter, he explained about the emerging markets. We saw the percentage change of emerging market currency with USD.

Mr Padhye, then moved the focus of this lecture to understanding Integrated Risk Management. According to him, Integrated Risk Management is an organization-wide approach to identify, assess, communicate and manage risk in a cost effective manner. A successful business is about managing risk and not avoiding it. He then concluded that Credit Risk, Liquidity Risk, Market Risk and interest rate risk in banking book are all related to operational risk.

He concluded the seminar by introducing us to the concept of “Triple A” principle of Risk management. The 3 A’s in this reference are Assess, Anticipate and Act. If this principle of Triple A is used wisely, financial risks can be handled with extra care. 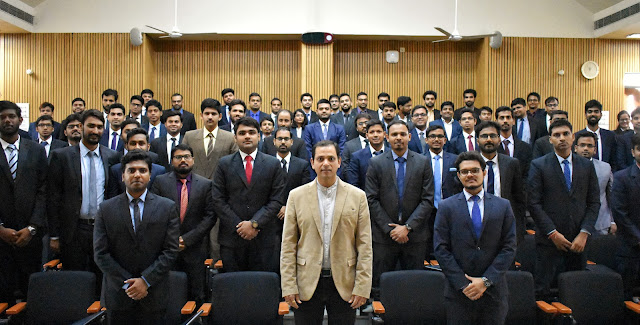