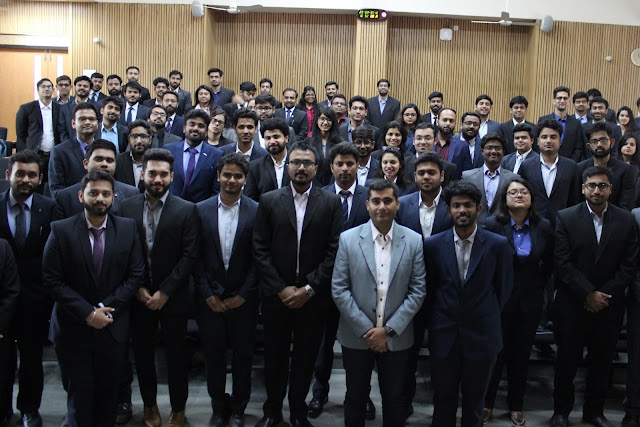 “The key ingredient to better content is separating the single from the mainstream”
The Department of Industrial Management and Engineering, IIT Kanpur saw anything but a typical Friday morning on the 23rd of March 2018. The students of the MBA Course at IIT Kanpur had the pleasure of interacting with Mr. Sameer Seth, a seasoned and decorated individual from the world of media marketing with a very fascinating career trajectory. Mr. Sameer broke down his presentation into three parts, an overview of media in India, the very interesting question, ‘How to market a television show in India?’ and ‘Dolby as a case study.’
Mr. Seth explained how the Indian media industry has been ever burgeoning since the turn of the century, and the juggernaut is here to stay. As long as the basics of marketing are in place, he suggested that creativity could go a long way in identifying and delivering the right content to the right audience. With the evolution of numbers in the media industry has come the evolution of BARC; and the evolution of marketable content, which however limited and regulated, has seen very creative use by broadcasters, advertisers and agencies that operate between them for effective creation and delivery. The amount of thought that goes into the conception of the personas of lead characters, and the subsequent creation, execution and scrapping is immense. The industry utilizes multiple platforms for ideation and has standard checks in place to identify the feasible and non-feasible pilots to arrive at the right television media that will engage the audience, particularly the majority 54% that consumes General Entertainment Content. At a similarly furious pace occurs the negotiation for advertisement and the race for impressions created with the audience. The major substitute for television content, online media, brought about many questions from the crowd that Mr. Seth answered with the possibilities of their co-existence, and the behavior of the Indian consumer to stick to television as a major source of entertainment.
The company Dolby Laboratories, an unquestionable delight to all audiophiles operates on a very curious business model. A mix of products and services, Dolby considers itself barely a new entrant in the Indian media market. With the case study discussed by Mr. Seth, Baahubali, the greatest blockbuster Indian cinema has ever seen, saw unprecedented success due to the exceptional product that was created with the help of Dolby Atmos and the marketing tactics employed by the professionals concerned, where integrated marketing was directly taken up by other brands such as Nestle, Britannia, Airtel among others. The use of subject matter experts and leading producers in marketing content lent credibility to the movie and facilitated easier distribution of the movie. Dolby employs similar tactics which help in creation of significant brand equity with least possible cost. Mr. Seth ended the session taking questions from a crowd which was definitely high on natural zeal. With the hope that Mr. Seth would carry on enlightening us further, this IIT batch definitely hopes to apply such tactics during their careers!