"Is India Staring at a Demographic Disaster?"- An article by Himanshu Dubey (Student 2016-18 Batch) 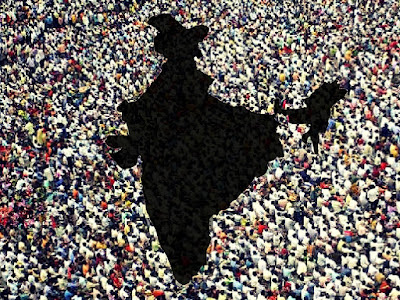 All about the good part first, we all are hearing good news about India being the bright spot in the world, F.D.I. inflows are at their peak levels, stock market breaking all previous records, major reforms getting passed, less corruption levels at the highest level of the government, though the root level corruption is still plaguing this nation. You feel things are going in the right direction until you are greeted with the recent job numbers. To set the context right let’s look at some numbers: 12.56 lacs jobs were created in 2009 and a meager 1.35 lacs and 2.31 lacs in 2015 and 2016 respectively. We used to call the period corresponding to the 2009 numbers as jobless growth. What will you call this? Super jobless growth? Or Hyper jobless growth? Well I will leave it to you to come up with fancy terminologies.

Dearth of Investments
So, what’s the reason for all this misfortune which has come our way even when we are the brightest spot and so much F.D.I. inflows are happening? Well to set the record straight, we have to delve deeper into the web of these numbers. Let’s start with the F.D.I. numbers, theoretically F.D.I. has a direct and indirect impact on job creation in not just the sector in which the investment is flowing in but also the complimentary sectors, then why is it not really working out for India? For starters, 60% of F.D.I. inflows in 2016 were in the service sector and a major part of it was directed towards acquisitions and incremental investments which were largely used for debt repayment and acquiring assets. To make matters worse, the ultimate job creating machine of the India, the IT sector is slowing down as it transitions into the new era. The manufacturing sector which can really turn the game on its head is screeching for investments. There is a dearth of private investment in India as the corporate balance sheets are ridden with debt, the banking system is in a huge turmoil (7 lac crores of N.P.A.s) which makes the banks reluctant to lend. Demonetization has also exacerbated the problem by deepening the already existing lending crunch in the country let alone the loss of jobs in the informal sector, the latest GDP numbers quite evidently show the growth slump.

Globalization vs Anti-Globalization
Often, we compare India with China and how the latter posted unprecedented growth figures for 30 straight years. However, the situation now and then is starkly different. World economy was posting better growth rates, world leaders then were in the race of becoming the champion of liberalization. Also, It is not hidden from anyone that how well China capitalized on that, and turned into an economic behemoth it is today. The situation today is just the opposite, World economy is not growing as much it did then, economies in the west are becoming more and more conservative due to pressure from the local public, just to mention the election of Donald Trump as US President and UK exiting European Union reflects the current mood in the west. Even China which rode on this export extravaganza is trying to shift towards a more consumption based economy. So, to think that India can post same numbers as China with the same strategy should be taken with a pinch of salt though it doesn’t undermine the positive impact, manufacturing can have on the Indian economy. As rightly said by Raghuram Rajan, the quintessential former RBI governor that before making for the world, we shall first make for India.

Conclusion
There’s a lot of talk about the demographic dividend India possess, 1 million new young men and women enter the workforce every month in India and unfortunately there are not enough jobs for them to lead their life they dream of. This demographic dividend window is short, if we miss the bus again, this dividend will surely turn into a disaster.