Inauguration of the 8th edition of Prabandhan, the Annual management conclave of IITK 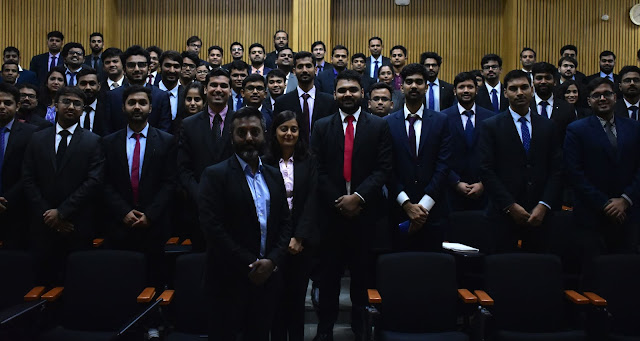 The 27th of September marked the beginning of the much awaited 8th edition of the Annual management conclave of IIT Kanpur, Prabandhan.

The conclave began with the auspicious lighting of the lamp followed by insightful speeches by Dr. Varman and Dr. Chatterjee. 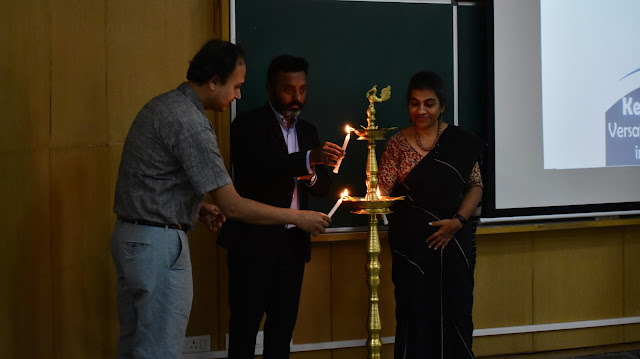 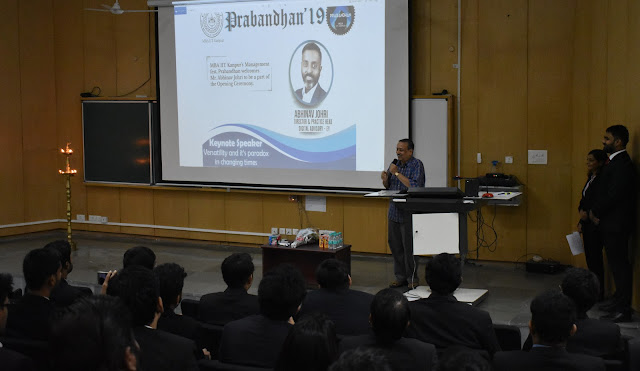 The event hosted Mr. Abhinav Johri, currently director and practice head at EY India as he spoke about Versatility and it's paradox in changing times.

Mr. Johri began by telling us a little about himself and his journey. As he described how his organisation worked and what the consulting business was like, he described his ideas on how times haven't really changed at all. After all, the first AI code was written in the 60s and other such examples which never really appeared all of a sudden. He shed light on various aspects of his journey, about his choices, his decisions and versatility were able to make him who he was. He mentions how versatility is not a response to change but is a reaction to what one believes a change means. 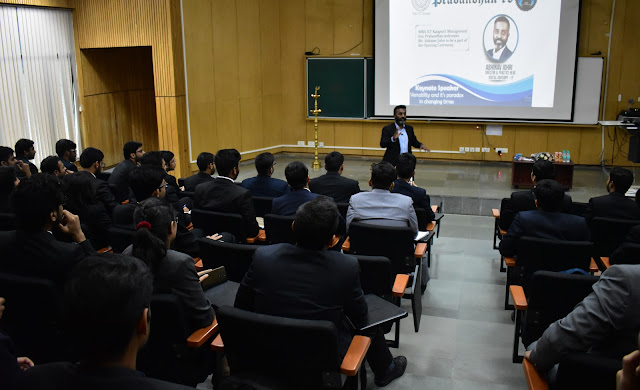 Mr Johri conducted two QnA sessions for the 2nd years and 1st years of IME MBA batch which were filled with questions from enthusiastic students all hungry for knowledge. As the sessions ended, Mr Johri left having inspired many of the students to challenge the enigmatic world of consulting.

DIME IIT Kanpur is grateful to the faculty, speakers, and students for an insightful session and a wonderful learning experience.