August 23, 2012
“Dance like nobody's watching,
Love like you've never been hurt,
Sing like nobody's listening,
Live like it's heaven on earth”
-Mark Twain
An apt quote to describe the sumptuous freshers' party for the MBA batch of 2012-14, organised by the seniors on 17th August, 2012. As with all freshers' parties, the gist of this night was to make every Y’14 MBA student feel like being an integral part of the IIT-K family, younger and ever new to take the challenge of the years ahead, ever fresh through the year and carrying the legacy ahead.
The proceedings started as early as 7pm, as all the students geared up for an evening of fun, enjoyment and relaxation. After ambiguity, predicament and lots of discussions over what to wear for the occasion, almost everyone reached the venue for the night, old SAC ground, by 7.15pm where the party finally began at around 7.45pm. 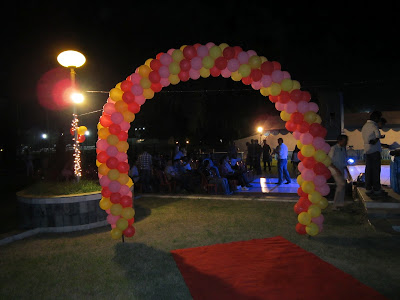 The event, compered by Sagar and Kanwardeep, kicked off with the Y’14 students being called on to stage in pairs and asked to perform according to certain situations. Now, every freshers' party usually involves a bit of friendly ragging, but everyone was in for a sweet surprise as the situations lined up for the participants were incredibly funny and hilarious, and had everyone in splits. 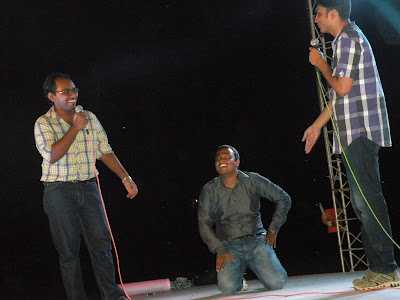 The events had participants performing in situational comic acts, dancing to sober as well as popular Bollywood item songs, mimicking popular personalities as well as using marketing concepts to sell totally awkward products to the audience, all of which were judged by a panel of seniors.
And how can a freshers' party be complete without crowning Mr and Miss Fresher? After two rounds of fun performances, where the freshers’ demonstrated their extra-curricular skills with fervour and a considerable amount of talent, the titles eventually went to Abhishek Pradhan and Tulika Awasthi as Mr and Miss Fresher, while Rajat Bhakri and Ankita Sahare were crowned as Mr Fantoosh and Miss Bindass respectively. 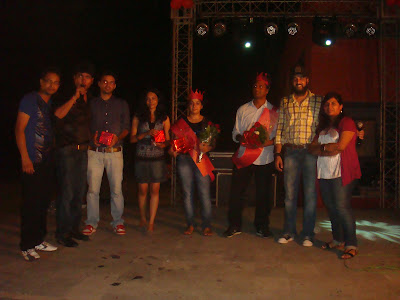 The evening finally came to its culmination, and with the mercury rising, the dance floor was left open for some unbridled high-octane exuberance. Colours of joy, happiness and togetherness could be seen in the students as the evening manifested youth and enthusiasm at its full flow. With pulsating ambience, flashing lights and foot tapping music, the DJ let the people shed all inhibitions and burn the dance floor. Few people, who were a bit reticent to step up and dance, eventually could not resist the latent dancers in them and joined in the party. All the hidden dancers came out with the typical unabashed and unrestrained dance moves, but as they say, we danced like nobody's watching, sang like nobody's listening and partied like it was the last day.
All in all, it was an evening to remember leaving behind memories to cherish for life. Gracias seniors! -Angshuman Sarkar MBA 2012-14